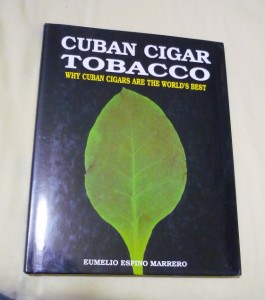 This book was mentioned in passing in an article I read concerning tobacco genetics. Sounded interesting enough to secure a place on my bookshelf;  I do have a bit of a soft spot for obscure in-depth books. The author’s credentials look pretty good, going on the back cover, and he’s credited with developing five new varieties of tobacco that are now in full production.

On first opening this book there were some crazy noises going on. The photos in this book, do actually seem to be photos. Like you used to get printed out at the print shop. The pages had stuck together because of the sheen! There are so many pictures it’s more like a photo album. Very impressive. 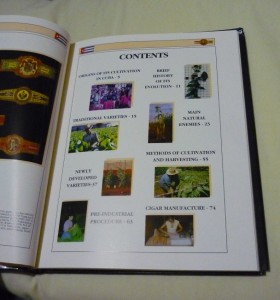 As you can see from the contents, this book concentrates far more on the tobacco itself, rather than what is done with it. Look forward to a more in-depth review in the future…

This entry was posted in Cigar accessories. Bookmark the permalink.