Just to compare how different humidity levels affect how cigars smoke, I’ve put three Trinidad Reyes in three different humidity environments. These are a tasty reliable smoke, and the thinner ring gauge means they should adjust to their new environs more quickly than fatter sticks. 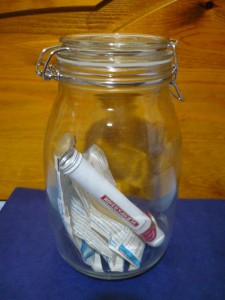 The first two are from the same box (OUR JUN 08). One of these has gone into an open tube (protection from light) in a sealed jar with THREE 65% Boveda pouches. There are three in there because that’s where I store them to prevent them attempting to suck up Wales. Looking to buy Boveda pouches in the UK? Considering three is the recommended number of pouches for up to 75 cigars, I suspect it will work adequately.

The second has gone into the ‘Non-Cuban’ tub because that has 70% Heartfelt beads controlling the environment. They’re pretty reliable. 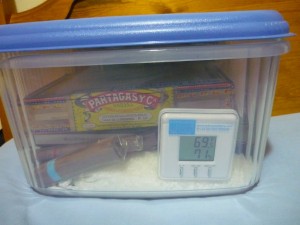 The third was given to me by a fellow smoker, purchased as a single from a cigar shop so age is unknown. This has been left in the coolbox where the majority of my cigars live. 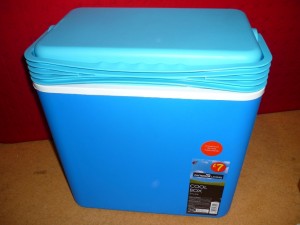 Sexy, huh? There’s a lot of wood in here compared to the other two storage vessels, and there’s some Heartfelt beads that I have managed to condition to an unknown humidity, keeping the whole lot somewhere in the 68-70% area.

I’m going to leave them for month, and then probably smoke the first two together, or one after the other. Hopefully a month should be long enough for the humidities to stabilise in the sticks. Results to follow!

I have smoked the stick stored at 65% and it was a little rougher than expected, with good burn. Review here.

This entry was posted in Cigar accessories, Cuban cigars. Bookmark the permalink.