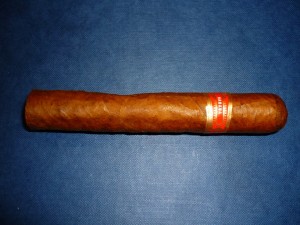 This is the first from the new box. They’ve only been in the coolbox for two weeks but I wanted to see how they’re smoking already.I’d chosen this particular cigar as it had a dent in it from the ribbon that was tied round them in the box. I wanted to see if it affected how it smoked at all. I’d already taken this one out on Saturday night ready-punched in a tube in case we ended up back at a friend’s house. We did, but it was too damn cold to go to the effort.

Despite the dent, the cigar felt good, looked good and smelt gorgeous! No difficulties lighting. Ashed twice and then I let it go. 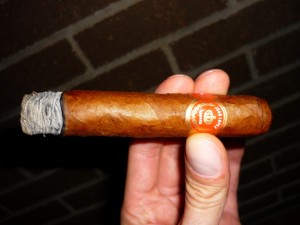 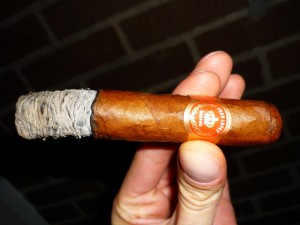 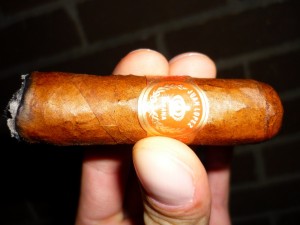 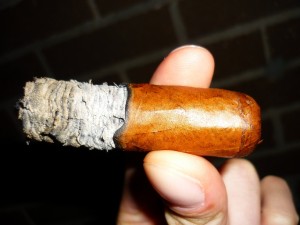 The taste was not quite as rich as it would have been had they had some time to settle down, but it was far less harsh than the Hoyo de Monterrey Petit Robusto I smoked recently soon after receiving the box. I’ll let these sit for a few more months and see how they are then. Going on the performance of this one, I suspect that I will be pleased. Incidentally, the dent appeared to be purely cosmetic, though I’m not sure if that was what caused the ash to bend slightly like that.