Quality sunglasses on a budget?

OK, so I’ve recently sorted out contact lenses again and therefore don’t have the benefit of photochromic glasses stopping the sun attacking my eyes when I wear them. Sunglasses next on the shopping list, I looked round town and discovered that the range available seemed expensive or just crappy looking. Not a good start, but rather than waste my money on something I wasn’t sure about, I thought I’d leave it.

As I normally wear prescription safety glasses at work, I had a look at the range of safety glasses available and discovered that the vast majority of them are available with tints and solar UV protection. So I’ve invested in a couple of pairs of Bollé tinted safety glasses as they are remarkably well priced and boasted various different features.

The Bollé Safety website was a little unclear on the ‘Flash’ coating so I thought I’d play it safe at first and go for the polarised lenses on the Bollé Solis model. I’d been after some polarised specs for a while for their glare reducing ability, but the coating was £50 to put on prescription lenses which put me off somewhat. A grand total of £21.50 plus £1.95 P&P from [first published in 2009 so they’ve gone up since then!]. Took about a week to get here, but what with the postal strikes it’s probably unfair to blame them. Click the photo to be taken to their Amazon UK page. 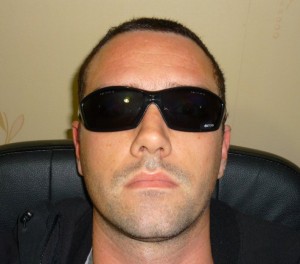 They look fine in my opinion and the polarised lenses certainly work as expected. The arms seem effective as rather than having ‘ear hooks’, they curve slightly downwards and the insides have a ribbed grippy rubber. My only issue so far is that the wraparound style seems rather susceptible to fogging up and this model does NOT come with anti-fog coating.

In the meantime, I had emailed Bollé Safety asking what the score was with the Flash coating, as I was rather taken with the Bollé Spider model. The website only mentioned it on the Contrast coating page as far as I could see, which suggested to me it only came with that coating. Turns out that it’s over a dark tint with UV blocking so it appears that would also work fine as sunglasses. I discovered later on that the Bollé datasheets show how dark they are in the numbers in the EN 172 compliance column. Anyway, behold the Bollé Spider Flash. Click the photo to be taken to their Amazon UK page. 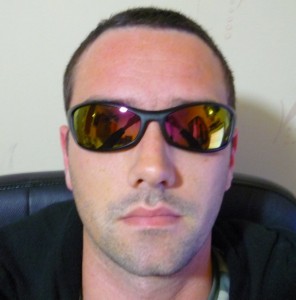 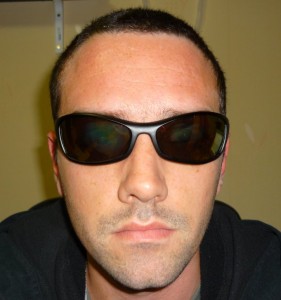 Snazzy! Incidentally, I’m not actually trying to look hard-I’m tired and concentrating on taking the photo backwards. These DO have the anti-fog coating but they still mist up, it just seems to clear quicker. I suspect, or perhaps hope, that this will be greatly reduced when I’m outside with a bit of breeze.

Here are the Bollé Contour which I bought for work. Click the photo to be taken to their Amazon UK page. 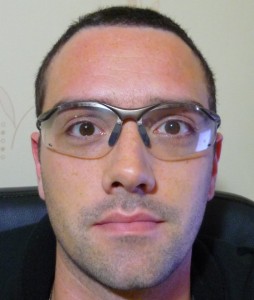 Part of the specification on both the dark ones is ‘Not recommended for driving‘, so the next level of darkness down is needed. Coincidentally enough, the tinted Bollé Contour is at that level, so I may end up with a pair of them to chuck in the car too…

Overall, I’m very pleased with the savings here, considering Bollé’s ‘proper’ sunglasses are much more expensive than these. These should be just as tough too, I mean, they are hardly likely to build their safety glasses less rigorously are they?

8 Responses to Quality sunglasses on a budget?